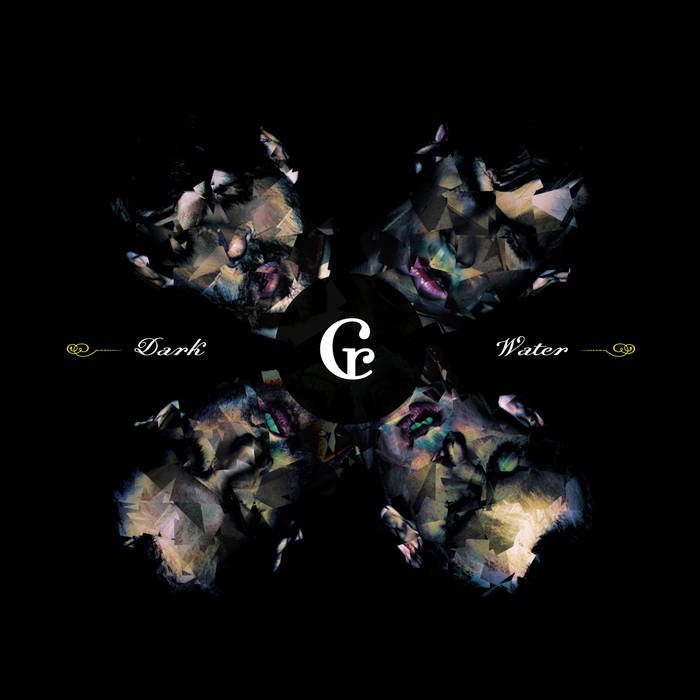 ***
Dark Water is a single long piece divided into 10 tracks. The player does not guarantee seamless playback. If you want to enjoy Dark Water without annoying interruptions, buy the Digital Tracks or the CD. Cheers!
***

Charmant Rouge have created quite a music monster: wild walls of guitars, extremely precisely timed cascades of noise, surreal cut-ups, abrasive rock that couldn‘t be bettered by labels like SST, Thrill Jockey or Skin Graft. It fits the, let‘s call it ‚chequered‘, history of the Austrian band (with roots in Burgenland and Vienna) that they have practically entirely reinvented themselves for their third album. It is the permanent plumbing of physical states that whirlpools into the depths in Dark Water.

Founded in Eisenstadt in 1996, Charmant Rouge were quick to become one of the musical protagonists around Cselley Mühle in Oslip, Burgenland, the oldest independent culture centre in Austria. With the expanded cinema happening Synart3, held there in 1997, they performed in one of the key interventions of the band‘s early history. A creative break followed until 2001, they changed their name to Le Charmant Rouge and subsequently produced their debut album Winzer (2002; KJ Rec.). More longer breaks ensued, until eventual formidable success with their second album Post No Bill (2004; KJ Rec.). This was followed by internal restructuring, and the ‚Le‘was dropped from the band‘s name. They returned to their musical origins with the coordination of the band members, who are also active in Tanz Baby!, Mimi Secue, Bo Candy and the Broken Hearts (formerly The Beautiful Kantine Band), Glim and Liquid Loft. Charmant Rouge are Andreas Berger (bass, programming, synths, arrangements), David Kleinl (vocals, synths, FX), Robert Pinzolits (drums, synths, vocals, arrangements; head of Karate Joe Rec.) and Thomas Pronai (guitars, vocals, arrangements). Dictaphone cuts, audio tapes, a vocoder and instruments made of metal scrap supplement their equipment in the distillation of that very special and ever unpredictable Charmant Rouge sound.

Following the rock-infested album Winzer, Post No Bill climbed the editorial charts, with numbers like Rosi Labouche, which sounds like a lost track by pre-Kraftwerk band Organisation, moving Charmant Rouge into the more familiar territory of Krautrock. They could have been so comfortable there as they had more than proved that they were capable of producing catchy radio-compatible numbers with these two albums.

Dark Water, the third album by Charmant Rouge, leaves nothing of this whatsoever, just perfidious breaks and tactical distractions between the ironic and the grim. Instead, Dark Water is a declaration of war on cosiness, nestling highly energetically between all conceivable genres: far more akin to noise improvisations la Sonic Youth, The Flying Luttenbachers and varieties of jazz than to anything else. Which only represents a consistent extension of free-flowing cut-up-based rock music. The origins of the album lie up to fourteen years back, with material that has been completely rehashed and transferred into the here and now in completely new arrangements.

Vortex March of the Insects is probably one of the most emblematic tracks on Dark Waters. Repetitive minimal structures interlock increasingly deeply with abstractly phrased syllable singing: Charmant Rouge in a cosmic St. Vitus‘ dance with bands like Acid Mother Temple. Parody no longer serves the politics, as it did in the number Ziel 1 or the video Fingerprints (both 2002), the politics are laid deep into the music itself like on Ordnung Muss Sein. Placid guitar riffs and drum beats, from which painfully slow fragments of melody peel, Sticky Explosions in Cinemascope arrives like a gooey stream of lava, and is probably one of the finest Austrian contributions to drone rock to date. Which brings us to a further exceptional quality of Dark Water: The album, conceived in passages, makes the cinema in one‘s mind rotate heavily as imaginary landscapes of disturbing beauty flicker past the listener in this brittle, grainy, fourteen minute, black-and-white soundtrack. The ground under water is as dark as it is inviting.